Varshons II is the tenth studio album by American band The Lemonheads. It is the second album of covers they have released, the first being Varshons released in 2009.
This is an indie store  exclusive yellow vinyl LP in a banana scented scratch n’ sniff sleeve. A download card is included. 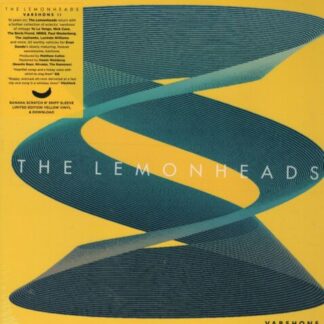