There are two different coloured vinyl versions, Orange & Yellow.  We still have the yellow version in stock.

The Paramount movie Harold and Maude was in December 1971 and in the almost fifty years since its release, has become a cult classic. Part of the reason for its success is undoubtedly its soundtrack, which is comprised exclusively of songs by Cat Stevens.

The majority of tracks are taken from the two 1970 Island/A&M albums, Mona Bone Jakon and Tea for the Tillerman, but Cat Stevens also composed two original songs for the film, “Don’t Be Shy” and “If You Want to Sing Out, Sing Out”

B1 Tea For The Tillerman
B2 I Think I See The Light
B3 Where Do The Children Play?
B4 If You Want To Sing Out, Sing Out
B5 Trouble 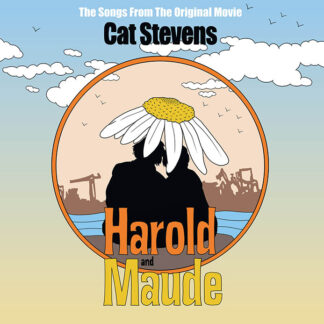