There’s an eye in the sky

John’s Children were a 1960s pop art/mod rock band from Leatherhead, England that briefly featured future T. Rex frontman Marc Bolan. John’s Children were known for their outrageous live performances and were booted off a tour with The Who in Germany in 1967 when they upstaged the headliners. Their 1967 single “Desdemona”, a Bolan composition, was banned by the BBC because of the controversial lyric, “Lift up your skirt and fly”. Their US record label delayed the release their album, Orgasm for four years from its recording date due to objections from Daughters of the American Revolution.
John’s Children were active for less than two years and were not very successful commercially, having released only six singles and one album. But they had a big influence on punk rock and are seen by some as the precursors of glam rock. In retrospect the band has been praised for the impact they had, and their singles have become amongst the most sought-after British 1960s rock collectables.

This collection includes some compositions by Marc Bolan. 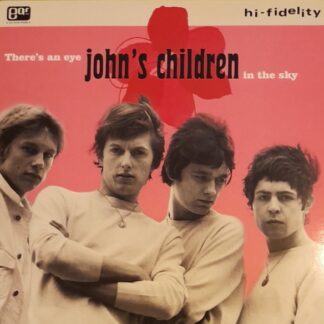