“Splendiferous Santana is a new 2LP compilation, personally curated by Carlos Santana, showcasing highlights drawn from Santana’s musical output spanning 2003-2019. It focuses on the too-often-underappreciated, yet creatively fertile period following Santana’s 1998 induction into the Rock & Roll Hall of Fame and the massive success of 1999’s ‘Supernatural’. In the wake of this,  Santana released a series of remarkable recordings, among them 2003’s ‘Shaman’, 2005’s ‘All That I Am‘ and 2014’s ‘Corazón’, that stand with the best that Carlos, or his band, have ever made. Many of these songs and performances were overlooked at the time of their releaseand are being presented anew here”. 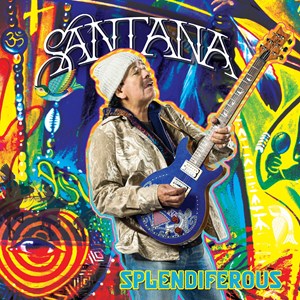