Return of the Mac

Return of the Mac is the first collaboration studio album by American rapper Prodigy of Mobb Deep and producer The Alchemist, released on March 27, 2007 through E1 Music. The album was intended to be a mixtape serving as a prequel to Prodigy’s next album, H.N.I.C. Pt. 2, but was released as a traditional album due to the unexpected level of quality of the record. The album was produced by The Alchemist (who is featured on the cover) and it features songs sampled from the Blaxploitation era. This is a special red vinyl reissue for RSD22. 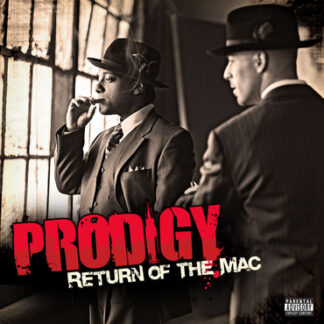