Regimental Sgt. Zippo is the 31st studio album by Elton John, although his first. It was recorded between November 1967 and May 1968 and was originally intended to be released as his debut album, before being shelved in favour of Empty sky. The album was eventually released on 12 June 2021 for Record Store Day on vinyl only, and limited to 7,000 copies.

“Now becoming available vinyl-only for Record Store Day, this “long lost” 1968 would-be Elton John debut was shelved in favour of 1969’s Empty Sky and finds the young singer-pianist more of a psychedelic explorer than chart balladeer. Beatles harmonies, harpsichords and flute-like sounds abound, while some of Bernie Taupin’s lyrics (“the watercolours of my mind”, or near pastiche A Dandelion Dies in the Wind) are almost trippy. Titles such as When I Was Tealby Abbey (“not so long ago, maybe a hundred years or so”) show why the pair weren’t yet troubling the pop charts. However, the 12 songs – five in finished form for the first time, with You’ll Be Sorry To See Me Go previously unreleased – have a naive, endearing charm. Many sound on the verge of something, needing a melodic extra gear or surer lyrical touch. There are certainly hints of what was to come in the melancholy strains of songs about hurt and loneliness, or in the sheer ambition of the epic, darkly baroque Nina. Turn to Me is the lost gem, a truly lovely tune which finds the singer offering his heart to a lonely soul, as Taupin edges into the now familiar storytelling imagery. Within two years, the songs would slow down, Elton’s voice would deepen and Your Song would begin the stream of classics that ensure that, half a century later, his career is still standing”.
Review by Dave Simpson, The Guardian, 11 June 2021. 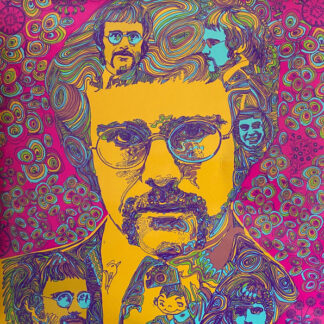