Formed in south London in 1979, The Sound were an English post-punk band fronted by singer-songwriter Adrian Borland. Adrian Borland and Graham Bailey were formerly Second Layer and before that, Adrian formed The Outsiders. Whilst the Sound may never have matched the commercial success of their peers, the group are frequently hailed as one of the greatest bands of the 1980s and have a cult following to this day. Issued in 1986, ‘Counting The Days’ was the sole compilation released during the band’s years together and gathers together tracks from their acclaimed releases ‘Shock Of Daylight’, ‘Heads And Hearts’ and ‘In The Hothouse’.  They disbanded in December 1987. The complete collection is now issued on vinyl for the very first time. 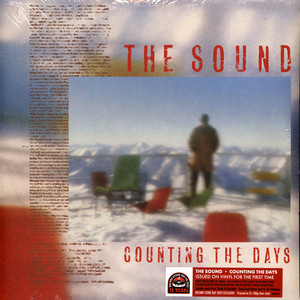 You're viewing: Counting the days £30.99
Add to basket