Following ‘The Who Live In Amsterdam 1969’ R&B52, this record contains (almost) the other half of their set that night, a 21-song rendition of Tommy. All tracks were recorded live at the Concertgebouw, Amsterdam, The Netherlands on September 29th 1969 and broadcast by Dutch FM radio. Sound quality is first rate as is the performance. Not only is this the longest live version of Tommy recorded by The Who, it is one of the very best. Cover photo is from the same Amsterdam show, 29/9/69. 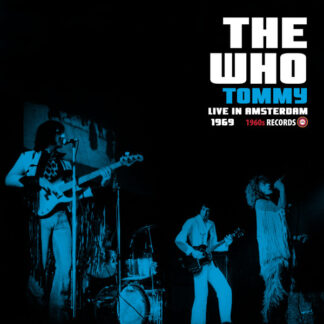