The Pleasure Seekers were formed by Patti Quatro (born 10 March 1948) in Detroit, Michigan. During May 1964 The original lineup included lead singers Suzi Quatro and Patti Quatro with Nancy Ball on drums, guitarist Mary Lou Ball and Diane Baker on piano. Leo Fenn, the husband of Arlene Quatro (born 1941), was the band’s manager. Patti eventually asked Dave Leone to give them a spot at his teen night club The Hideout. He put them on stage two weeks later, and they soon became well known at the venue. They gained momentum in the burgeoning Detroit rock community, playing concerts and teen clubs with Ted Nugent, Bob Seger and others.

In 1968, they became one of the earliest all-female rock bands to sign with a major label, Mercury Records. They released a second single, “Light of Love” b/w “Good Kind of Hurt”, with both songs charting. The group matured into a dynamic show band and toured the US. Their show featured a Sgt. Pepper/Magical Mystery Tour revue, as well as a Motown sound revue. The show incorporated one of the earliest light shows.

In 1969, The Pleasure Seekers morphed into Cradle, changing direction musically in writing heavier original material and touring the US. Arlene was now manager and sister Nancy Quatro had joined as vocalist and percussionist. The group toured vigorously, playing concerts and pop festivals throughout the US with popular bands of the day, ending with a tour of Vietnam. In 1971, Suzi was signed by producer Mickie Most to his RAK Records label, leaving for the UK and solo fame as Suzi Quatro. Jerry Nolan later of the New York Dolls drumed with the band in the months leading up to Suzi’s departure. Patti continued with sister Nancy in Cradle, then joined brother Mike’s MQ Jam Band, co-producing and recording an album, Look Deeply into the Mirror. 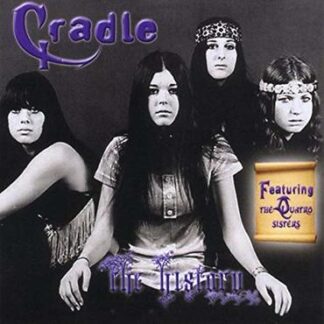