Fleetwood Mac were a British blues band, formed in London in 1967. It was founded by guitarist Peter Green, drummer Mick Fleetwood and guitarist Jeremy Spencer, before bassist John McVie joined the line-up for their self-titled debut album. Danny Kirwan joined as a third guitarist in 1968. Keyboardist and vocalist Christine Perfect, who contributed as a session musician from the second album, married McVie and joined in 1970.

They scored a number of hits including a UK number one with “Albatross”; other hits included “Oh Well” and “Man of the World”. All three guitarists left in succession during the early 1970s, to be replaced by guitarists Bob Welch and Bob Weston and vocalist Dave Walker. Although John McVie and Mick Fleetwood remained, the band took a new direction into pop/rock with the change of personnel, but that’s another story…

3.Need Your Love So Bad

7.Man Of The World

8.Something Inside Of Me

14.I Loved Another Woman 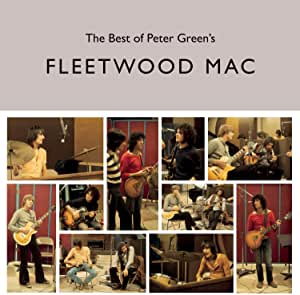 You're viewing: The Best of Peter Green’s Fleetwood Mac £26.25
Add to basket