Television Personalities is a British band formed in 1977, which have since released eight studio albums and have undergone numerous line-up changes along the way.

This Record Store Day release brings all their singles from 1978-1989 together. It is a 2LP set plus a 7″ single, ‘Gifted children / TVPS’. It is a limited edition of 2000 copies and includes a download with nine more tracks. All tracks have been remastered. 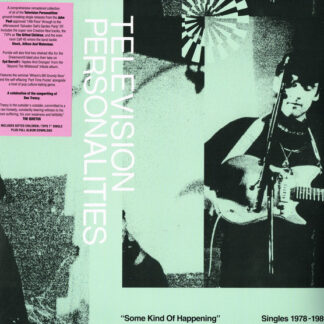