John Carpenter recruited an unbelievable cast of musicians to play with him on his Sci-fi Horror film starring Ice Cube and Natasha Henstridge. Steve Vai, most of Anthrax, (including Scott Ian), Elliot Eason of The Cars, Buckethead and Robin Finck of NIN and Guns and Roses are among the featured players. This soundtrack is apocalyptic and an important mark in John Carpenter’s unparalleled career as a Director/Composer. Released on coloured vinyl in conjunction with the film’s 20th anniversary. 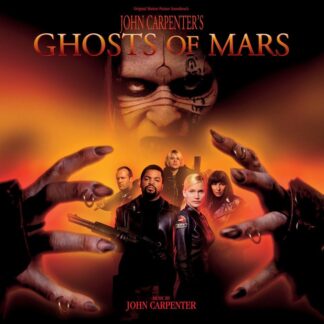