Menswear were a much-hyped mid-’90s Britpop group founded in 1994 in Camden Town, London and disbanded in 1998. They infamously received a great deal of press and record label interest before recording a single note. The original members were Johnny Dean – vocals, backing vocals, percussion; Simon White – electric guitar, backing vocals; Chris Gentry – electric and acoustic guitars; Stuart Black – bass, acoustic guitar and Matt Everitt – drums, percussion.
Their debut album ‘Nuisance’ was released in 1995. The album yielded five singles,  all with multiple b-sides. After one non-album single, ‘We Love You’, was issued in 1996, the mostly-forgotten second album, ‘¡Hay Tiempo!’, was released only in Japan in 1998.
In 2013, Johnny Dean reconvened the group with all new members and they released the single ‘Crash ’14’, a re-recording of an earlier song. They continue to tour.

Please note that although the title of this compilation album is on Discogs as ‘Extra material’, only the band name is stated on the external packaging. 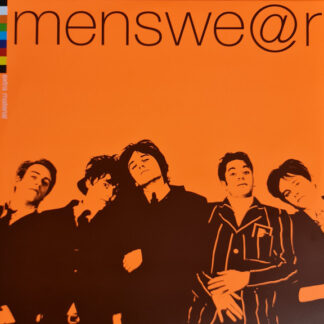