Brett Lewis Anderson (born 29 September 1967) is an English singer-songwriter best known as the lead vocalist and primary lyricist of the band Suede. After Suede disbanded in 2003, he briefly fronted The Tears in 2004, and released four solo albums in which he also played guitar and keyboards. Anderson is known for his distinctive wide-ranging voice, poetic lyrics, energetic and charismatic stage presence and, during Suede’s early days, an androgynous appearance. Suede re-formed in 2010 and continue to record and tour. Bassist Mat Osman and Anderson are the remaining original members since the band’s inception. 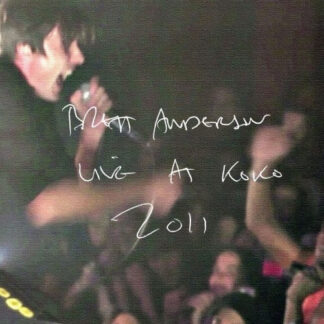