Sleaford Mods are an English music duo based in Nottingham, composed of vocalist Jason Williamson and musician Andrew Robert Lindsay Fearn (since 2012). They are known for their abrasive, minimalist musical style and embittered explorations of austerity-era Britain, culture, and working class life, delivered in Williamson’s thick East Midlands accent. The duo have released several albums to critical acclaim.
Comes in a gatefold sleeve. This reissue is on red and white splatter vinyl.
Key Markets was recorded between July 2014 and March 2015 at Andrew’s Old Flat and at the Rubber Biscuit Studios, Nottingham.
Sleaford Mods were our Artist of the Week, 1/11/21. 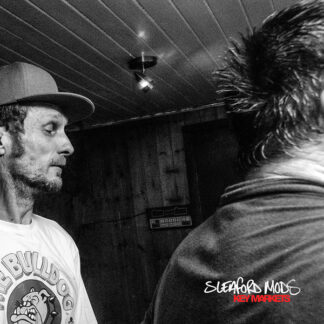