Formed in 2004 by the duo Spiers & Boden to headline the first Oxford Folk Festival, eleven piece folk-big-band Bellowhead have played some of the top festivals in the UK and Europe including Cambridge Folk Festival, The Big Chill, Summer Sundae and Roskilde Festival. In 2005, they received the BBC Radio 2 Folk Award for Best Live Act.

A self-released demo, “E.P.onymous” was put out in October 2004 just to sell at gigs – with interest from the distribution companies it made the folk charts. The first full studio album by Bellowhead, “Burlesque”, was released in October 2006 and was followed in September 2008 by “Matachin”.

They released a live DVD in 2009 and their third full album, the John Leckie-produced “Hedonism”, was released on 4 October 2010 and this is a 10th Anniversary limited edition coloured vinyl reissue.

The band called it a day following a tour in 2015. 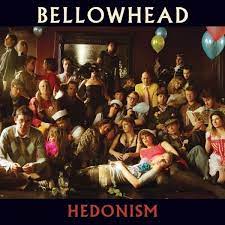