This is a re-mastered, re-imagined and re-purposed physical album version of Welsh electronic artist FFRANCON’s ground breaking fusion of Detroit techno and rebel Welsh politics.
These tracks originally appeared online in 2020 as part of Geraint Francon’s ‘Machynlleth Sound Machine’ concept which grew out of the chance discovery that Belleville, the birthplace of Detroit techno, is twinned with the rural Welsh market town of Machynlleth, home to Owain Glyndwr’s rebel Welsh Parliament of 1404.
GWALAXIA.,as an album channels the rebelious spirit of these two places through the medium of electronic music, the result is techno music soaked in the collective haze of hundreds of years of Welsh history and southwesterly storms – a Cambrofuturistic take on a staple of Afrofuturism.
As the spirit of independence and support for the break up of the union grows in Wales and beyond GWALAXIA is a timely and important record release and is a timely and essential artistic statement of resistance and hope in the face of increasing political corruption and the growing danger to artistic freedom and creativity in the new post Brexit Britain. 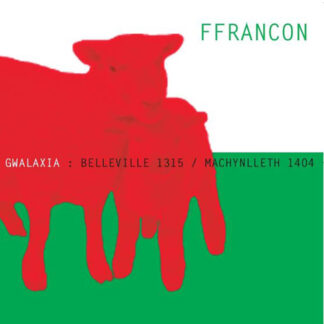