The thirteenth studio album (2010) from the legendary German fusion rock formation KRAAN now available on vinyl for the first time. KRAAN, founded in Ulm in 1970, is still one of the pioneering representatives of the fusion rock genre, with timeless albums such as Andy Nogger, Let It Out and Flyday to their credit. With their innovative mix of rock and jazz, enriched with psychedelic, world and funk elements, they have been thrilling their fans both live and in the studio ever since.
On “Diamonds”, originally released in 2010, the band, is at the top of its game – virtuosic, playful and in compositional top form. Eleven fabulous songs that sound wonderfully fresh, melodically relaxed and electrifying at the same time. Always homogeneous in their interplay and characterised by HELLMUT HATTLER’s (bass) and JAN FRIDES’ (drums) elegant and at the same time punchy grooving rhythm work in combination with PETER WOLBRANDT’s artfully filigree string and synthesiser skills, the band succeeds in preserving its typical, unmistakable group sound while at the same time coming up with new, surprising ideas. The mostly instrumental songs leave enough room for spontaneity and sensitive improvisational interactions. Their special charm lies in the sophisticated interplay of seemingly weightless jazz harmonies and melodically gripping rock themes. Diamonds is an audiophile delight and pure KRAAN. 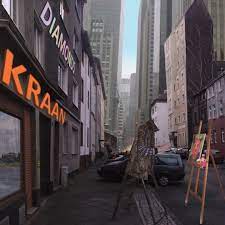