All this and more

Corey Taylor (born Corey Todd Taylor, December 8, 1973) is an American singer, musician, songwriter and actor. He is known as the lead vocalist and lyricist of the bands Slipknot and Stone Sour.

The ‘Side by Side’ series of split single releases of the same song started on 7″ and has now moved up in scale to 12″. This limited edition release on red vinyl for Black Friday 2021 features the song ‘All this and more’ and couples the original Dead Boys recording from 1977 with Corey Taylor’s cover version. 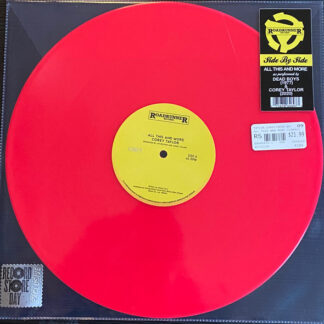