Rush was a Canadian heavy progressive rock trio, formed in 1968 in Toronto, Canada. Disbanded in 2018. Rush retired from touring after the R40 tour when Neil Peart announced he would retire due to health reasons. In January 2018, Alex Lifeson said in an interview that Rush’s career had come to an end. On January 7, 2020, after a three-year illness, Neil Ellwood Peart died of glioblastoma at age 67, his passing was officially announced on January 10, 2020.

Following the February 1975 release of their classic second album, Fly By Night, Rush embarked on a massive American tour. The remarkable show captured on this set had especial significance, as Cleveland was the first US market the trio ever broke. Broadcast on the local WMMS FM, it is presented in its entirety here, it includes numerous tracks from Fly By Night, as well as a superb cover of Larry Williams’ classic Bad Boy. It’s a vital document of the band at their early best and is presented here with background notes and images. 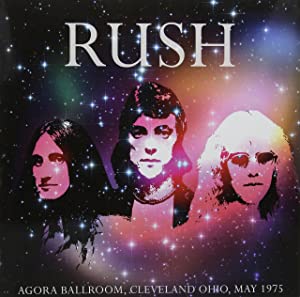