1978 Written, Produced and Performed by TV Smith and Richard Strange. 1000 pressed on transparent red vinyl, gatefold sleeve with lyric inner sleeve and DL card. The tracks on this album have never been officially released before now. The eight songs on this album were recorded in 1978 on a 2-track stereo Revox A77 tape recorder. The recordings are unashamedly analogue, using one microphone and guitars plugged directly into the tape recorder. Bouncing down tracks irreversibly as they went on, forced to make creative decisions that could not be undone. Some hard choices had to be made with the mix, but with no record company meant no record company agenda. TV Smith and Richard Strange could write and record whatever they wanted – and did! It has been an enormous pleasure to rediscover these recordings, the result of a friendship of two artists emerging from broken bands and each about to embark on a lifelong adventure in words and music. TV SMITH – I wasn’t having a lot of fun in 1978 when Richard asked me to collaborate on a song he was writing called “Summer Fun.” I was in the final stages of songwriting for the second Adverts album “Cast Of Thousands,” a project that already seemed doomed to failure given an unenthusiastic record company, a band in the throes of falling apart, and a dwindling audience – but my creative juices were in full flow and I was ready for something different. I already knew Richard, of course, from the Doctors Of Madness, who I’d followed in the years before punk when I was still living in Devon and they were one of the few bands to come and play in the area. I considered them a warped poetic glam band with gothic leanings, and was slightly surprised when the song I’d been invited to work on turned out to be a kind of California surf pastiche. But I was game to get involved, and after we’d finished it and ventured forward with regular writing and recording sessions over the following weeks it soon became clear that “Summer Fun” was just a gateway drug, and the songs that were emerging from our combined forces were going to quickly become much deeper and much darker // RICHARD STRANGE – Watching the remnants of a musical dream being swept away by the juggernaut of corporate punk rock in 1976, I felt a combination of jealousy and resentment towards many of the key players who had been responsible for our demise. The Sex Pistols had supported my band Doctors of Madness early in their career, and nicked not only our future but £12.00 from a pair of trousers in our dressing room in Middlesbrough Town Hall! The Jam, who supported us over four shows at London’s fabled Marquee Club, were how I imagined The Who would be if they’d joined the Young Conservatives. Warsaw, our go-to support band in Manchester, had just changed their name to Joy Division, and Johnny and the Self-Abusers, our Scottish flag wavers, had become Simple Minds. All were being feted by the all-powerful music press, while we were being buried. But there was one punk band for whom I never had anything but the greatest affection …The Adverts. SIDE ONE 1 The Big Break 2 Kings Of The Wreckage 3 Making Machines 4 The Last Human Being In The World. SIDE TWO 5 Summer Fun 6 Some Kind Of War 7 Torpedo 8 Dance Of Death 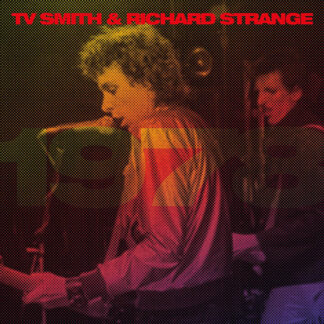