We are The Pipettes

The Pipettes reissue their beloved debut album We Are The Pipettes on limited edition polka dot vinyl to mark the album’s 15-year anniversary. Back on vinyl for the first time since its original release, the record sounds as fresh, funny and filthy as it did on it’s release. Whether it’s the string-drenched, four to the floor, call to the dance-floor clarion call of ‘Pull Shapes’ or the lonesome melancholy of ‘A Winter’s Sky’, it’s a record full of the joys and pains of youth. 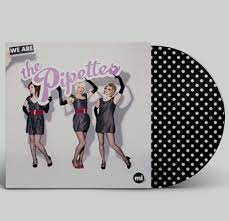