The nearer the fountain, more pure the stream flows

SKU: 5400863061081 Catalogue number: TRANS551XC Categories: Pop, Rock Tags: Albarn, Damon
Damon Albarn is a British vocalist and musician born 23 March 1968 in Whitechapel, London. The family moved to Leytonstone, London not long after he was born and then to Colchester, Essex. He is best known as a founding member and vocalist in British rock band Blur in the mid-1980s.
He formed Gorillaz in 1998 as a side-project with old housemate Jamie Hewlett, and would provide thevocals for fictitious lead singer 2D. Albarn also used this alias outside of Gorillaz on a handful of occasions.  Incredibly prolific, respected and busy musician releasing and collaborating with artists from all over the world since 2000. Was once engaged to Justine Frischmann, Blur’s album “13” is supposedly written about their breakup.
Once acted in a British gangster film called “Face”, alongside actors Ray Winstone and Robert Carlyle, also voiced George Harrison‘s character “Bull” in a radio play “Up Against It” by Joe Orton.
This new album was originally conceived as an orchestral piece inspired by the landscapes of Iceland. During 2021 Albarn re-worked the music and expanded the content to eleven tracks. The title of the album is taken from a poem by John Clare, ‘Love and memory’. 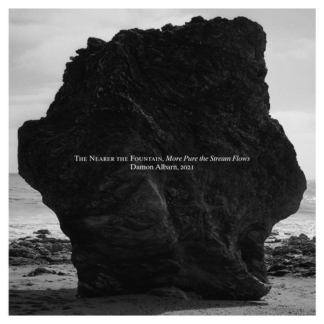 You're viewing: The nearer the fountain, more pure the stream flows £19.99
Add to basket