Gothic rock band from the UK (they are known as ‘The Mission (UK)’ in the USA). Original lineup was Wayne Hussey, Craig Adams (both ex-Sisters of Mercy), Simon Hinkler and Mick Brown. Having sold over 4 million albums, the band reformed to celebrate their 25th anniversary. Hussey, Hinkler and Adams reunited in 2011 to kick start a new chapter of the band and continue to tour the world and release new material.

This is a 3 x 180g LP package in a gatefold sleeve, the third LP containing six remixes. It includes a booklet with photos, liner notes and a foreword by Wayne Hussey. 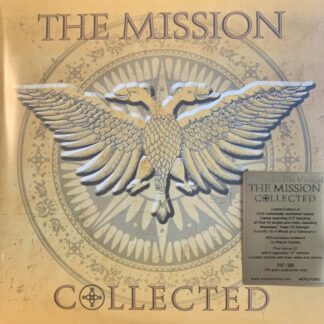 You're viewing: The Mission Collected £36.99
Add to basket