The hardest way to make an easy living

SKU: 825646323012 Catalogue number: Categories: Electronic, Hip-Hop, UK Garage Tags: Mike, Skinner, Streets
“Michael Geoffrey Skinner / Mike Skinner was born 27 November 1978 and brought up in Birmingham. He now lives in Brixton. He started messing around with keyboards at the age of 5.
He took several jobs in fast food restaurants to finance a failed attempt to launch his own record label. As a teenager he built a recording studio in a cupboard in his bedroom. At 19 went to Australia for a year, taking his sampler along for company. The first two Streets albums were nominated for the Mercury Music Prize: Original Pirate Material in 2002 and A Grand Don’t Come For Free in 2004. “Fit But You Know It” was a Top 5 hit in the summer of 2004. Mike Skinner has performed live at Reading Festival in the dance tent as well as on the main stage”
Tracklisting:
1.Prangin’ Out
2.War of the Sexes

3.The Hardest Way to Make an Easy Living

4.All Goes Out the Window

7.When You Wasn’t Famous 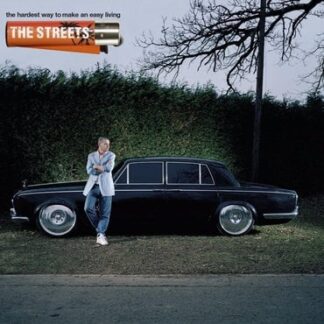 You're viewing: The hardest way to make an easy living £32.99
Add to basket