“Rizzle Kicks stand out as one of the British urban scene’s most entertaining new talents.” A black vinyl LP edition of ‘Stereo Typical’ was released via the band’s website in April 2012, and limited to 1,000 units. If you can track a copy down, expect to pay more than £60. Rizzle Kicks were Jordan ‘Rizzle’ Stephens and Harley ‘Sylvester’ Alexander-Sule; they met while attending rap and performance workshops with the Brighton-based charity AudioActive, and later both atended the BRITs School. In September 2011, Rizzle Kicks was featured artists on Olly Mur’s No. 1 single ‘Heart Skips A Beat’, which they performed at the 2012 BRIT Awards, whilst ‘Mama do The Hump’ was nominated for British Single of the Year at The BRIT Awards in 2013 (they lost out to ‘Skyfall’ by Adele). The duo released their second album, ‘Roaring 20s’ in September 2013, when it peaked at No. 3 and gave them three further Top 20 singles – ‘Lost Generation’ (No. 6), ‘Skip To The Good Bit’ (No. 16) and ‘Tell Her’ (No. 14). Since then both Jordan and Harley have both pursued careers in acting; Jordan appeared in the E4 TV drama Glue in 2014 and in Star Wars: Rogue One in 2016. Harley appeared in the British crime drama The Guvnors in 2014 and the ITV drama series Unforgotten in 2015″. 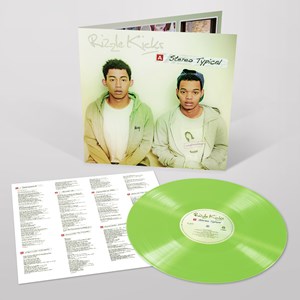