Simples. This 10 inch combines some highly sought after Older 7″ releases . It would be futile, at this point in time, to sing the praises of MAGMA; it has become a legend. The group became successful in France very quickly and this fame soon spread abroad. Clearly Magma is one of the most influential of all French bands. They have left a legacy of music that defies any of the standard and convenient classifications of rock, operating instead in a realm of their own creation. It waits to be discovered by new converts, and continually by older fans alike. 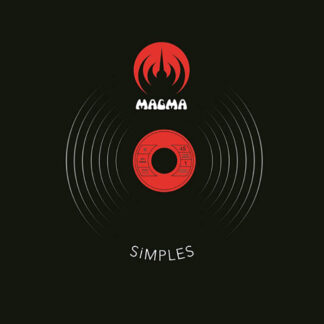