Goat is a Swedish alternative and experimental fusion music group. The band originates—according to its own publicity—from Korpilombolo, Norrbotten County. Their first album, World Music, was released on 20 August 2012 by Rocket Recordings, and in North America on the Sub Pop label. Solo work is also released under the name ‘Goatman’.

The group released this third studio album Requiem, in October 2016. We have a one LP (coloured vinyl)  and a 2LP (black vinyl) format of this title. 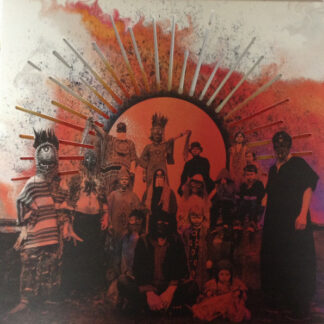