Soundtrack to the 1974 film directed by Sean E Zilke.

Fredrick Jamel Tipton (born June 14, 1982), better known by his stage name Freddie Gibbs, is an American rapper from Gary, Indiana. After initially being signed to Interscope Records in 2006, Gibbs recorded his debut studio album under the label. However, he was eventually dropped and the album was cancelled. Gibbs later signed with Young Jeezy’s CTE World and released a number of mixtapes through the label, including 2012’s highly acclaimed Baby Face Killa.

After the original release Piñata in 2014, artist Pathetic Pixels created his own personal version of Piñata as an early 70s Blaxploitation movie poster. This design only existed in the digital realm until being prepared for release on Record Store Day.

The ’74 edition is a single LP edit of Piñata lacquered at half speed master by Metropolis Mastering in London for the highest fidelity. The Record Store Day version (’74) was released on October 24, 2020. This limited edition will not be repressed. 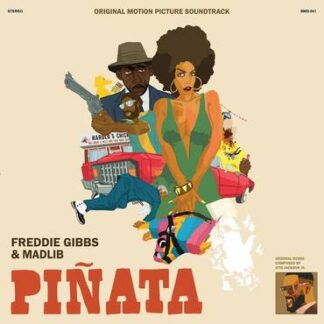