“After being so lost and seeing only ugliness in the world, these songs started to penetrate my frightened world. They re-awakened something I’d only fleetingly sensed before and even then it was only a feeling of something I’d lost long ago, but it was enough to make me grab it. It was beauty. I’d forgotten all about it. Welcome back Kevin. These songs showed me my definition of beauty, my beauty. I realised I needed to record them before I could do anything else.”
— Kevin Rowland, July 1999
Translucent vinyl with pink splatter edition. Originally released in 1999, “My Beauty” was the second solo album from Dexys/Dexys Midnight Runners’ lead singer Kevin Rowland. The album was mostly unfairly received by critics at the time, but in the years since has come to enjoy cult status. This vinyl reissue is presented on translucent vinyl with pink splatter and the originally intended track-listing. • “My Beauty” comprises twelve cover songs, personally chosen by Kevin and adapted to make the lyrics more directly reflective of his life. The result was an autobiographical concept record about his battle and recovery from addiction, and his own struggle with self-esteem, exemplified by his incredible version of George Benson / Whitney Houston classic ‘The Greatest Love Of All’. 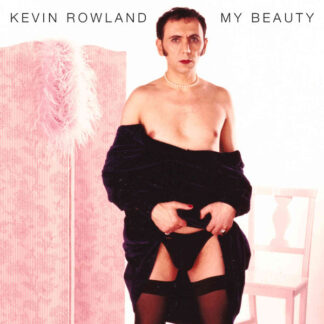