BLACK FRIDAY
OST HOW TO TRAIN YOUR DRAGON, music by John Powell

How to train your dragon

More than 10 year since the film’s release, this soundtrack continues to be one of the most popular in entire Varese catalog. While a truncated 11 track LP was released for Record Store Day in 2016, (and sold out), and a picture disc of the same was released a few years later, the entire 72 minute soundtrack as presented on all other formats back in 2010 has never been available on vinyl. This 25 track album is expanded to 2LPs and housed in a gatefold jacket. The records are pressed with a green based multi-colour splatter. 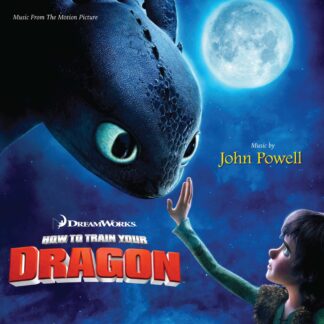 You're viewing: How to train your dragon £52.50
Add to basket