Opeth is a Swedish progressive metal band from Stockholm, formed in 1990. Though the group has been through several personnel changes, singer, guitarist, and songwriter Mikael Åkerfeldt has remained Opeth’s driving force throughout the years. Opeth has consistently incorporated progressive, folk, blues, classical and jazz influences into their usually lengthy compositions, as well as strong influences from black metal and death metal, especially in their early works. Many songs include acoustic guitar passages and strong dynamic shifts, as well as both death growls and clean vocals. Opeth rarely made live appearances supporting their first four albums; but since conducting their first world tour after the 2001 release of Blackwater Park, they have led several world tours. 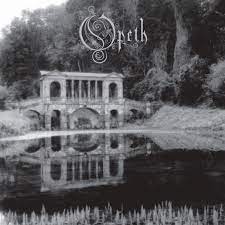 You're viewing: Morningrise £27.99
Add to basket