His own inspiration is rooted in early blues and beat poetry with influences like Howlin’ Wolf and Jack Kerouac. Apart from music, Waits also has a strong presence in movies. He has appeared in works by Francis Ford Coppola, Jim Jarmusch, Terry Gilliam, and Robert Altman. 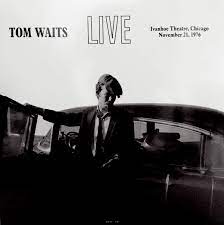