30th Anniversary of the American Rock Superband’s most popular album Lean Into It. First time available in Limited Numbered Edition Coloured 180 gram Vinyl. Released in 1991, Lean Into It, is the million-selling second studio album by Mr. Big (Paul Gilbert, Eric Martin, Billy Sheehan and Pat Torpey). This is the band’s breakthrough release – Lean Into It peaked at number 15 on the Billboard 200 charts, while the single ‘To Be with You’ became the band’s first and only song to hit number 1 on the Billboard Hot 100. The follow-up single, ‘Just Take My Heart’, was a Top-20 hit, peaking at number 16 on the Billboard Hot 100. Evoxs is remastering the album using hi-resolution digital transfers from the original analogue master tapes. The coloured vinyl LP will be available in solid red for US Record Store Day (500 copies), transparent red for Asia (1200 copies) and white for Europe (1000 copies). The vinyl LP has been out of print worldwide for over 20 years. 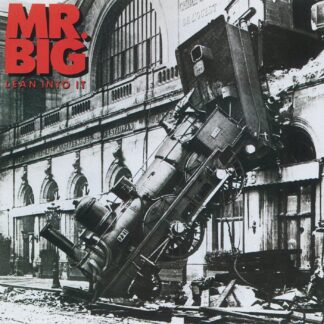