James was formed in Manchester in 1982 by Jim Glennie, Tim Booth, Larry Gott and Gavan Whelan, signing, a year later, to Anthony H. Wilson‘s Factory label, before being snapped up by the Sire Records Company. Their folksy/indie sound found early cult status and ‘Sit Down’ reached no. 2 in the UK singles charts, quickly followed by a no. 2 album, ‘Seven’. The band split up in 2001, before re-forming some years later.
‘Laid’ was first released in 1993. 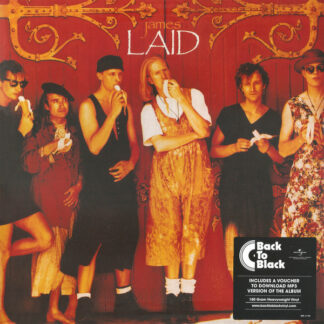