Louisiana native John Fred was born in Baton Rouge and was a resident garage band leader in New Orleans throughout the 1960s. He and his Playboy Band are most well-known for his 1968 number 1 bubblegum pop rock single, “Judy In Disguise (With Glasses).” The band recorded four albums for Paula Records during the late ’60s. None of the albums have ever been re-released. The album that’s named after the hit single is an underground psychedelic bubblegum pop album that is highly sought out by record collectors all over. None of their albums have ever been re-released on vinyl. This RSD 2022 release is pressed on Psychedelic Purple vinyl! 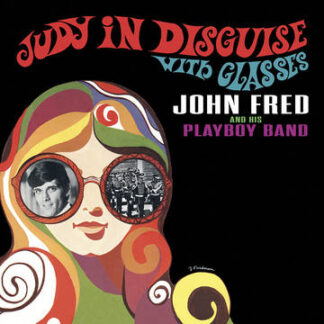