KIng Crimson is a British progressive rock band formed in 1969. The first lineup included guitarist Robert Fripp who continued with it through its many lineup changes.

In the Court of the Crimson King, with its iconic cover and portentous fanfares, wrote the script for many a progressive rock album throughout the 1970s and beyond. 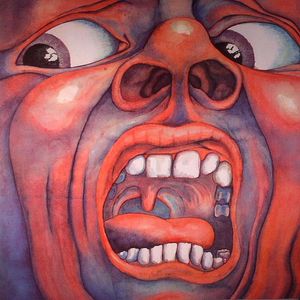 You're viewing: In the Court of the Crimson King (An Observation by King Crimson) £22.40
Add to basket