I know I will lose you

The meeting of Ennio and Chet in 1962 was a sublime encounter and couldn’t have come at a better time for both artists.
For years, many Chet Baker fans weren’t even aware these four Italian sides existed, as the four RCA songs weren’t released outside of Italy until the early 2000s. For another, when most listeners reach for the singing Baker, they usually turn to his work with pianist Russ Freeman, although these four Italian tracks are easily in the same league.
In August, 1960, Chet Baker was arrested in Lucca, Italy. He was convicted of drug smuggling and forgery and sentenced to a year, seven months, and ten days in a Lucca prison. When he was released early, in December, 1961, RCA Italiana organized collaborative sessions with composer, arranger, and conductor Ennio Morricone. In 1962, they recorded these 4 compositions that Chet Baker wrote while incarcerated…
Although rumored to be originally written for a film score, only Che Ti Perdero, finally made it on the soundtrack of Lets Get Lost released in 1988…these are beautiful and exotic works by Baker – If you’re a Chet Baker fan, you’re a romantic. And if you’re a romantic, then what more could you ask for than for Baker at his seductive best singing ballads in Italian? Not to mention playing an open trumpet on top of Italian cinematic strings, conducted by the legendary Morricone. 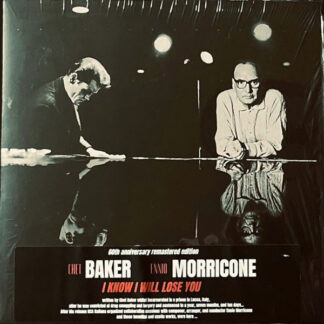