British singer/songwriter (born March 19, 1959) In Coventry England. whose dour image belies a sharp wit and musical talent. He first came to prominence as lead singer of The Specials. In 1981 he went on to form Fun Boy Three, in 1984 The Colourfield which lasted until 1987, one Album as Terry, Blair & Anouchka followed in 1990 before he collaborated with David A. Stewart as Vegas. He released two solo Albums in the 1990s and another collaborative effort with Mushtaq in 2003. He was regularly collaborating with the Lightning Seeds and more recently with the Dub Pistols before performing with the The Specials again since 2009.
First issued 1994, this reissue is from Record Store Day 2020, Drop 1, August 29. Described as a 12″, this is more of an LP, having 10 tracks. 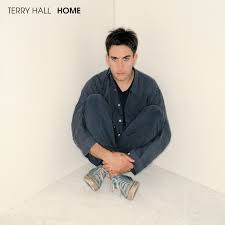