For all the f*cked up children of this world we give you Spacemen 3 (First ever recording session, 1984) 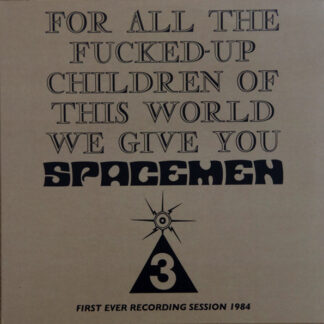 You're viewing: For all the f*cked up children of this world we give you Spacemen 3 (First ever recording session, 1984) £21.99
Add to basket