Indie rock band formed in 1983 after the breakup of the hardcore band Deep Wound of which Lou Barlow and J Mascis were members. The band was originally named Dinosaur, but immediately following the release of You’re Living All Over Me (1987), a supergroup called The Dinosaurs sued them over the use of that name, prompting the addition of ‘Jr.’  This is a 2011 repress of their classic 1985 debut album. 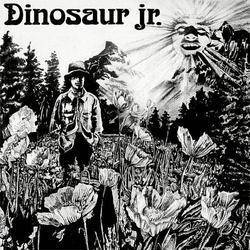