Conversations with Christian is a studio album by American jazz bassist Christian McBride and is his tenth album as a leader. The album is special because it consists of 13 tracks each recorded as a duet with various popular musicians including Chick Corea, Roy Hargrove, Regina Carter, Hank Jones, George Duke, Sting and seven others. The project began as podcasts in 2009, when McBride started interviewing his musical companions as well as playing some compositions meanwhile. The podcast eventually led to the bassist’s popular Sirius-XM radio show, The Lowdown: Conversations With Christian. 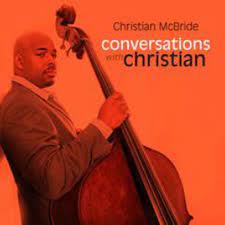 You're viewing: Conversations with Christian £31.99
Add to basket