Blessed with a beautiful voice, he works in a hushed, atmospheric tone pairing earthy acoustic songcraft with subtle experimental elements. Lavery made a splash first with his self-released 2013 debut, Not Nearly Dark, and then with his follow-up EP, Kosher; combined, the two releases notched millions of streams in 2014 alone. Sea Legs, a collaborative mini-album with electronic artist Ryan Vail, followed in 2015, further increasing Lavery‘s exposure. In May 2015 he beat off intense competition to be the cover star of Hot Press magazine. By July 2015, he had racked up over 14 million plays on Spotify for his debut releases; an great result for such a new artist at the time. He sold out two headline shows in London, he played Glastonbury, Secret Garden Party, Camp Bestival in a summer of festivals across the UK, Europe and Ireland. He supported The Staves, The Villagers, Stu Larsen and was nominated Artist in residence at the Cathedral Quarter Arts Festival. He was named amongst the top ten new artists at this years Great Escape Festival of new music in Brighton in a feature by award winning Irish Blogger Nialler9. After a successful summer playing the U.K., Irish, and European festival circuit, he inked a deal with Believe Recordings, which released his sophomore LP, Let Bad In, in 2016. Another breakthrough in Lavery‘s career, the album won the Northern Ireland Music Prize. Following a 2017 concert album, he debuted “Everything Is Made to Last,” the first single from his third album, 2018’s Sweet Decay. A second single, “To Chicago,” appeared in March 2018. 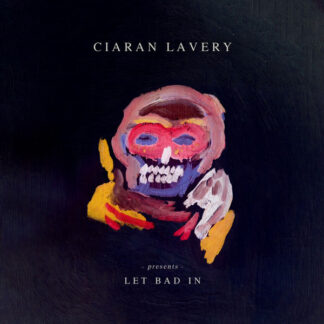