Recorded at Eastern Artists Recordings in East Orange, New Jersey, originally released in March 1981 (the 7” having been released in January) includes the original version of ‘Ceremony’ (i.e. version 1), remastered audio on heavyweight vinyl.
This edition contains the original mix of In A Lonely Place (i.e. digital thunderclap at 3:20 and again at 5:15 and then none between 5:30 and 6:15). 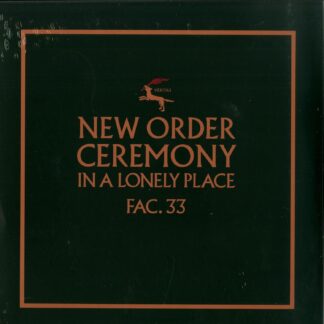 You're viewing: Ceremony / In a lonely place Original version £16.99
Add to basket