The band currently consists of Robert Del Naja, Tricky, and Daddy G. The original lineup also included Andrew Vowles. The group name is taken from a slogan sprayed by New York graffiti artist ‘Brim‘, who sprayed ‘Massive Attack’ underneath a ‘piece’ in Bristol, UK in 1985. ‘Brim‘, along with ‘Balogun’ and ‘Bio‘ were part of the TATS CRU from NYC who sprayed a ‘piece’ each together at the Malcolm X Centre, St. Paul’s in Bristol. Robert Del Naja, who was an upcoming graffiti artist at the time, with the tag 3-D, has stated that he/they had adopted the slogan initially as a name for a record label, and then later took it on as a band name. During the 1991 Gulf War the group name was shown on some releases as ‘Massive’ in order to maintain airplay after pressure from the British Government on radio programmers.

First released in 1991, this 2016 reissue comes with a printed inner sleeve with lyrics, credits and photos. 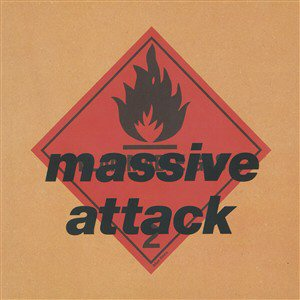