AMYL AND THE SNIFFERS

Amyl and the Sniffers are a Rock’n’Roll/Punk band from Melbourne, Australia, formed in 2016. They are: vocalist Amy Taylor, drummer Bryce Wilson, guitarist Dec Martens, and bassist Fergus Romer. At the ARIA Music Awards of 2019, their self-titled debut record won the Best Rock Album category.

This LP contains the tracks from their two EPs – the first time in this format. 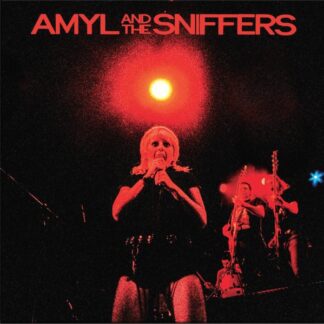