A momentary lapse of reason – remixed and updated

A Momentary lapse of reason was released in 1987. This CD is remixed and updated from the 2019 master tapes. A 28-page booklet is included. 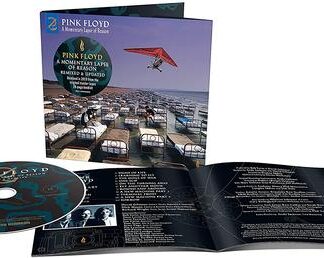 You're viewing: A momentary lapse of reason – remixed and updated £14.25
Add to basket